GIET University, Gunupur is the only College in Eastern India to acquire 3.28 CGPA out of 4 grade scale by NAAC (UGC), awarded with “A” grade and accredited from NBA (National Board of Accreditation) by AICTE for exhibiting high standard of technical education.

GIET University, Gunupur is the only Institution in Odisha having approval from AICTE, Ministry of HRD, Government of India to take admission of Foreign Nationals/ PIO’s/”Children of Indian Worker in the Gulf Countries”  GIET University is emerging as one of the first choice Institute for NRIs, Foreign Nationals (FN), Person of Indian Origins (PIO) and “Children of Indian Worker in the Gulf Countries” to admit their wards in gentle, caring and academic atmosphere of the campus.

Since 2002, students of FN, PIO and “Children of Indian Worker in the Gulf Countries”were enrolled here. For choosing the best college, we advise students to verify facts from their senior friends, who are reading in relevant disciplines in different technical colleges of Odisha. Parents, students and consultants from Nepal, Bhutan, Sudan, Vietnam etc., visited our college before confirming admission of their students (Admission batch 2008 onwards). More than 200 Nepal, Bhutan, Qatar, Sudan, Saudi Arabia and Vietnam students enrolled and passed out since first approval

Presently, student of “Children of Indian Worker in the Gulf Countries” may take admission in the following disciplines of undergraduate engineering (B. Tech) courses as per approval of AICTE, New Delhi. 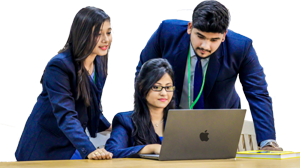